18F-sodium fluoride (18F-NaF) is a positron emission tomography (PET) radiotracer widely used in skeletal imaging and has also been proposed as a biomarker of active calcification in atherosclerosis. Like most PET radiotracers, 18F-NaF is typically administered intravenously.

However, in small animal research intravenous administrations can be challenging, because partial paravenous injection is common due to the small calibre of the superficial tail veins and repeat administrations via tail veins can lead to tissue injury therefore limiting the total number of longitudinal scanning points. In this paper, the feasibility of using intra-peritoneal route of injection of 18F-NaF to study calcification in mice was studied by looking at the kinetic and uptake profiles of normal soft tissues and bones versus intravascular injections.

In soft tissue, the 18F-NaF perfusion phase changes depending on the type on injection route, whereas the uptake phase is similar regardless of the administration route. In bone tissue standardised uptake value (SUV), standardised uptake value ratio (SUVr) and uptake constant (Ki) measures were not significantly different between the three administration routes.

Authors have concluded that, intra-peritoneal injection is a valid and practical alternative to the intra-vascular injections in small-animal 18F-NaF PET imaging and provides equivalent pharmacokinetic data. Furthermore, their data show that CT outcomes report on sites of stablished calcification whereas PET measures sites of higher complexity and active calcification. 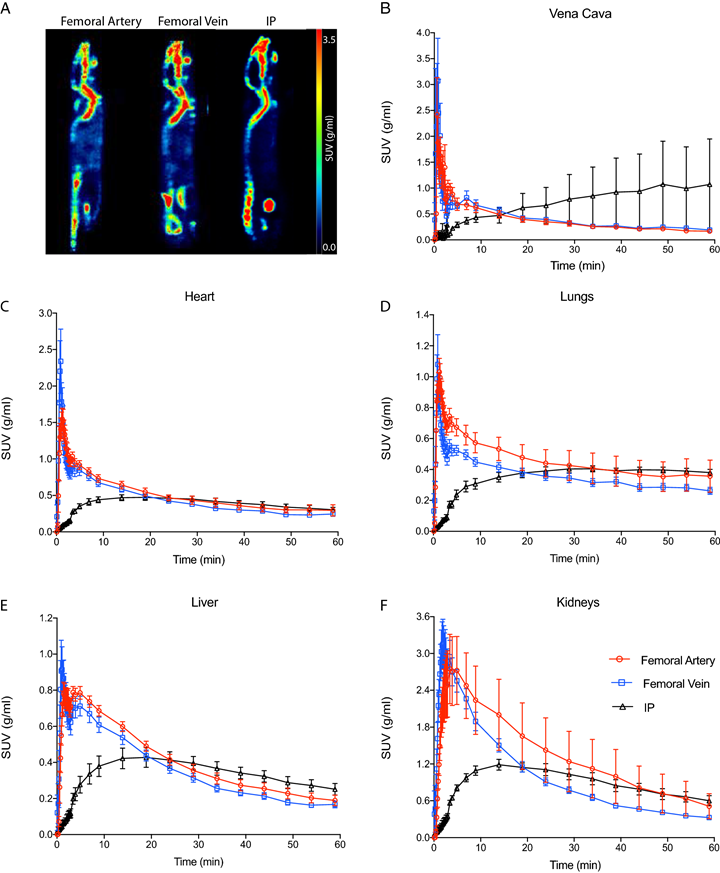