Parkinson’s disease (PD) is a neurodegenerative disease that affects about 3% of the population over 65 years of age. PD is characterized by a selective loss of dopaminergic neurons accompanied by movement disorders, including rigidity, bradykinesia, akinesia, tremors, and postural instability.

The authors aimed to develop a MPTP-induced chronic NHP model with stable symptoms by adjusting MPTP treatment based on individual behavioral quantification using a video-based analysis system. To validate this strategy, they assessed a parkinsonian behavior score, an immunohistochemistry Western blot, and PET imaging of dopamine transporter (DAT) with [18F] N-(3-fluoropropyl)-2ß-carboxymethoxy-3β-(4-iodophenyl) nortropane (18F-FP-CIT).

The authors stated that the novel strategy of MPTP administration based on global activity evaluations using a video-based analysis system provides an important conceptual advance of this method for the development of chronic NHP PD models. 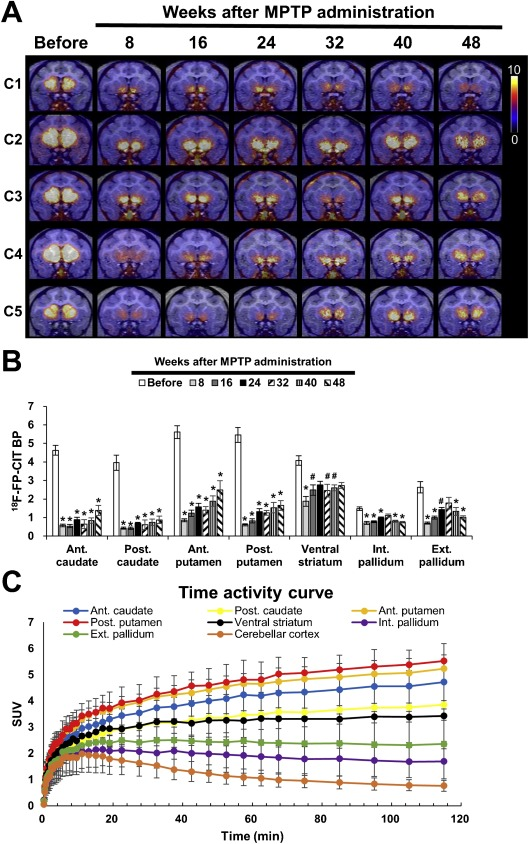